Today’s look is a gorgeous, fun, trendy look that’s perfect for a Summer party. I absolutely loved how this turned out, hope you do too! (I used MakeupGeek Eyeshadows) 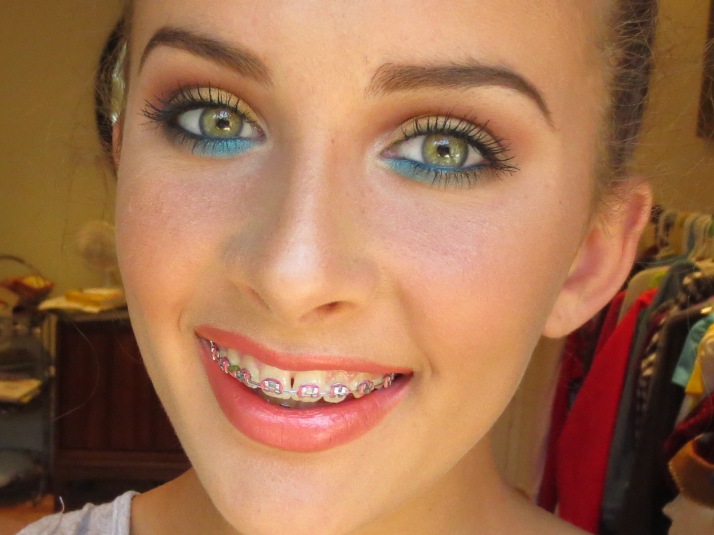 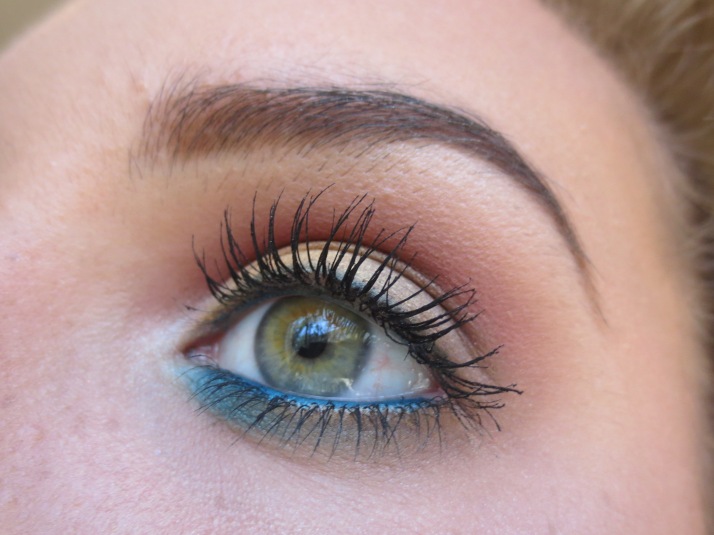 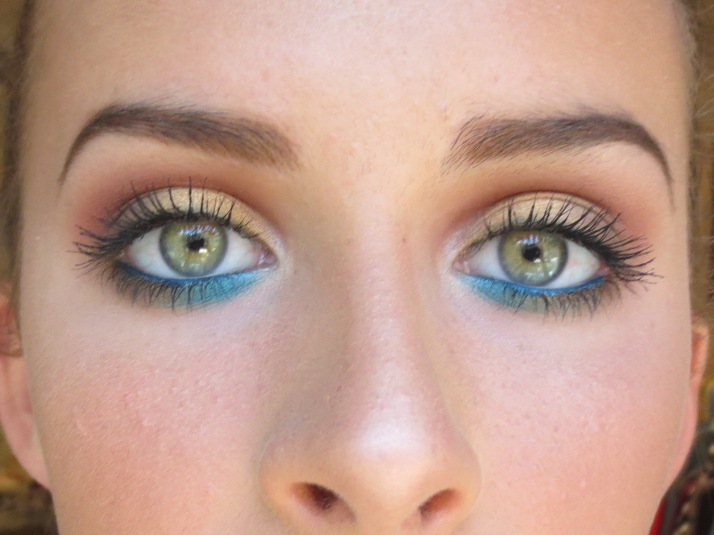 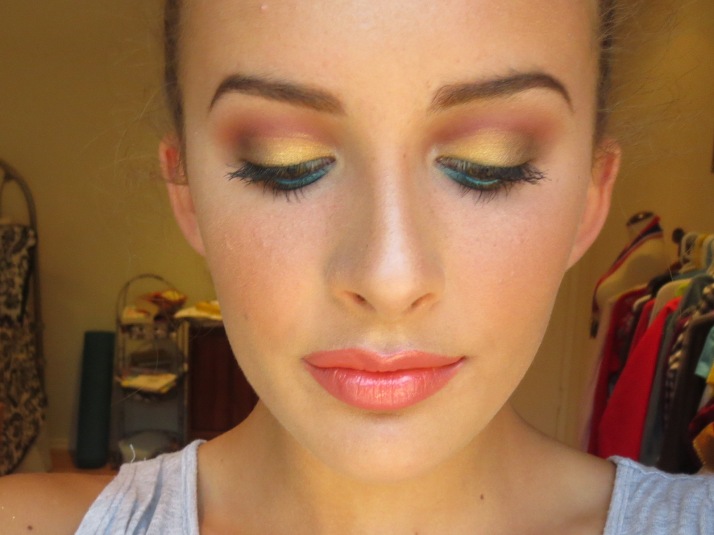 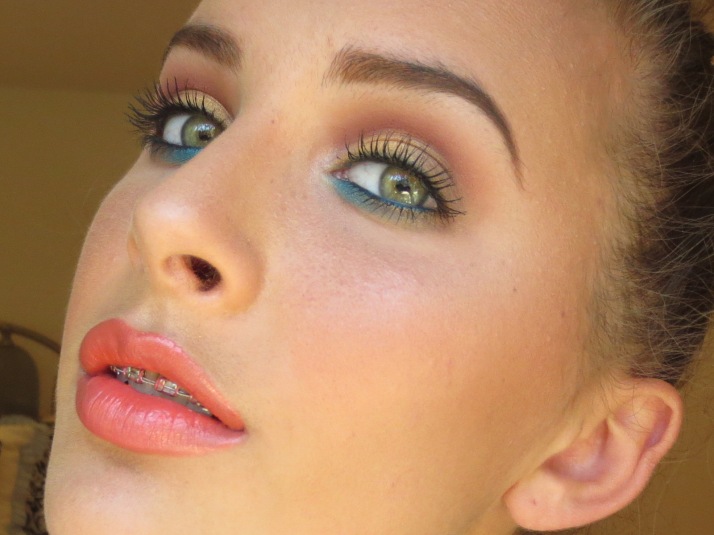 Hope you liked the look!

Today’s look is a pretty straight-forward natural look that I think is gorgeous with the rose tones from the Urban Decay Naked 3 Palette. Hope you like it! 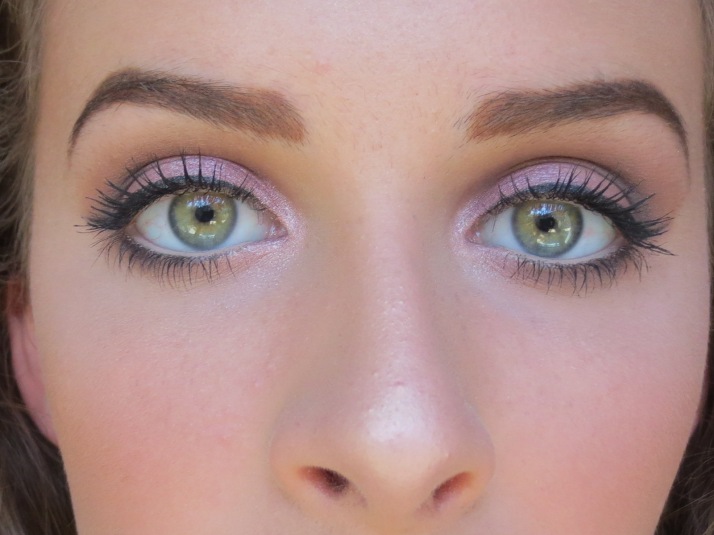 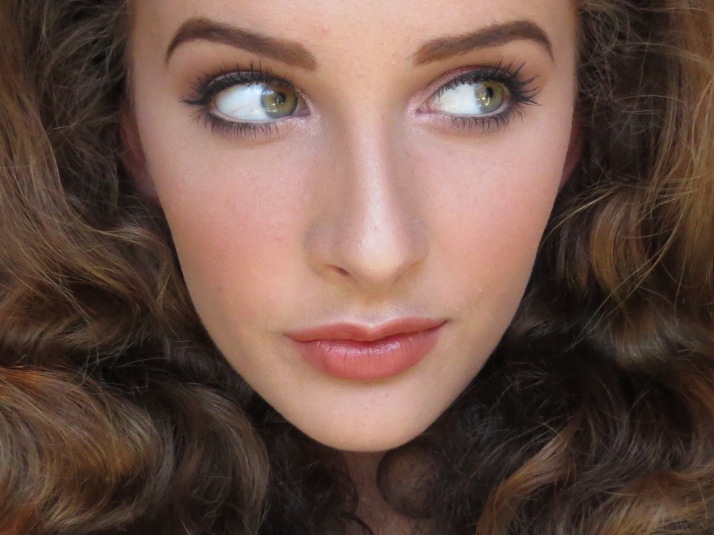 Hope you liked this one!

Today’s look is a super dramatic and colorful one. I used the Markwin’s Beauty #flashmob fold-out eyeshadow palette which is full of gorgeous colorful shades. I used yellow, green and deep velvet blue on the eyes with a bright berry lip color from Sephora.

Let’s get into it: 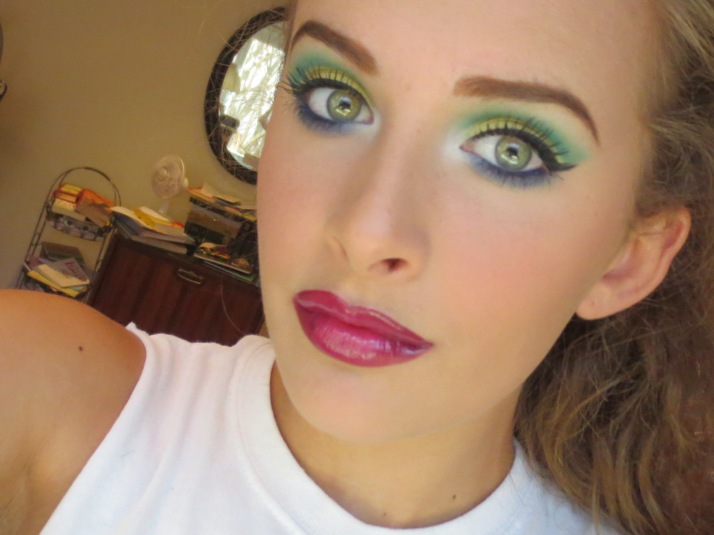 I Hope you guys enjoyed this look!

Have an amazing, beautiful day!

Today’s look is one of my favorites at the moment. I used copper as the lid shade but added interest by placing sparkling purple on the inner corner, rosy red in the crease, and deep teal on the waterline. For the lips, I did nude, but to add more, I did an ombre effect to bring more dimension. This is a really eye-catching, unique look, great for Summer! 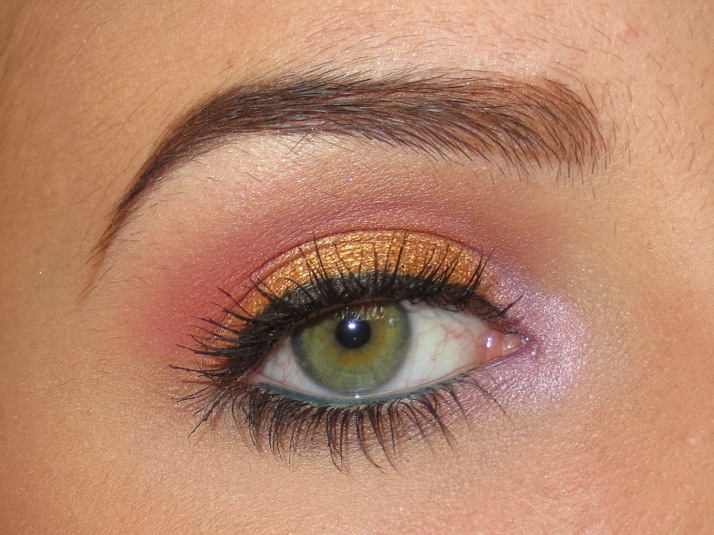 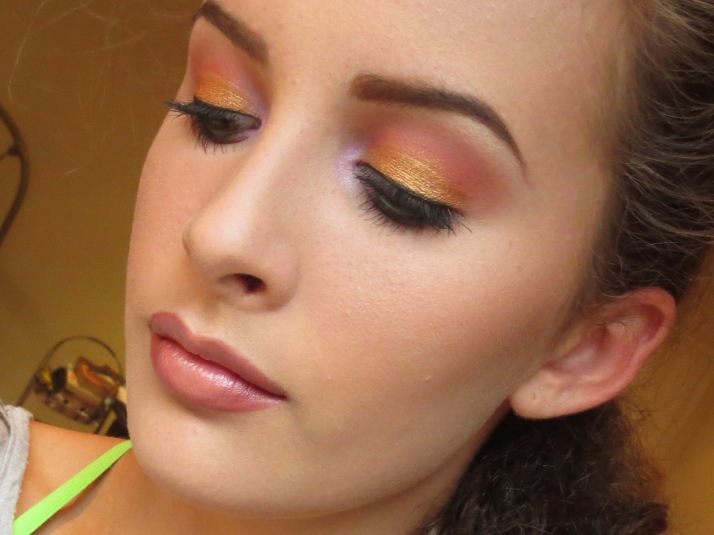 I hope ya’ll liked this one!

Have an amazing, beautiful day! ❤ 😀

Today’s look is my ‘everyday makeup look.’ I personally love to add a little bit of purple to my everyday look because my eyes are hazel/green, but adjust the pop of color to whatever you like. (i.e blue for brown eyes or copper for blue eyes).

Let’s get this party started: 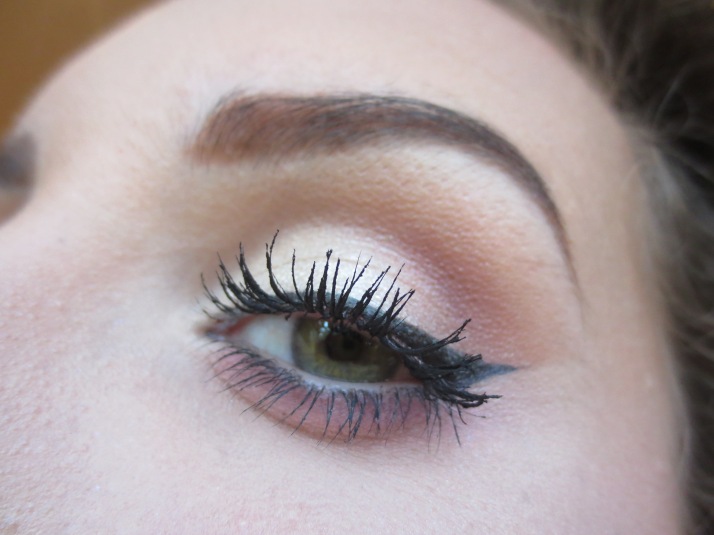 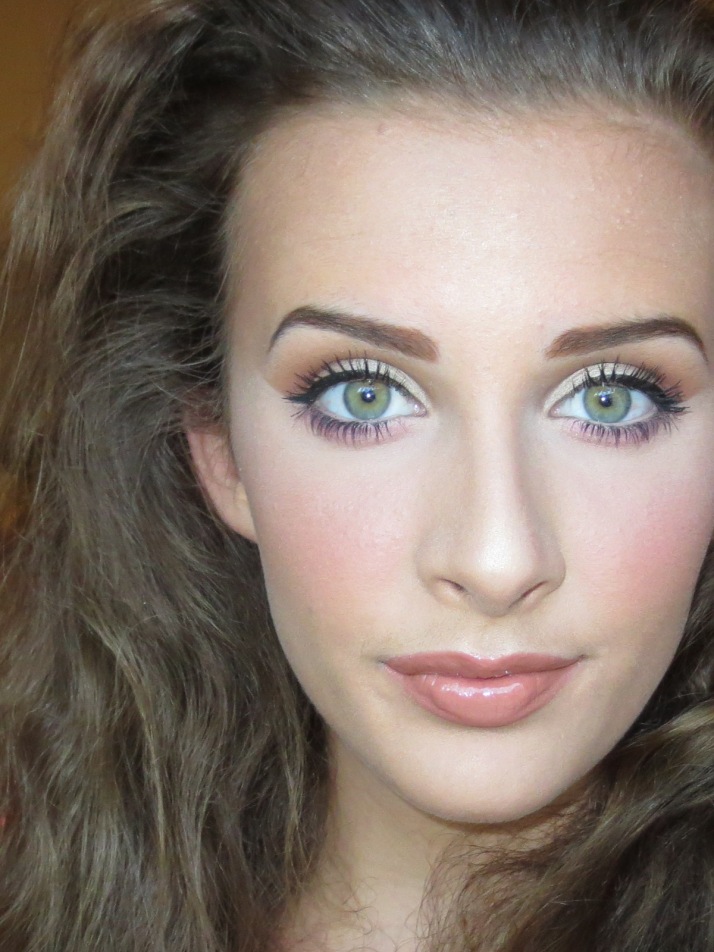 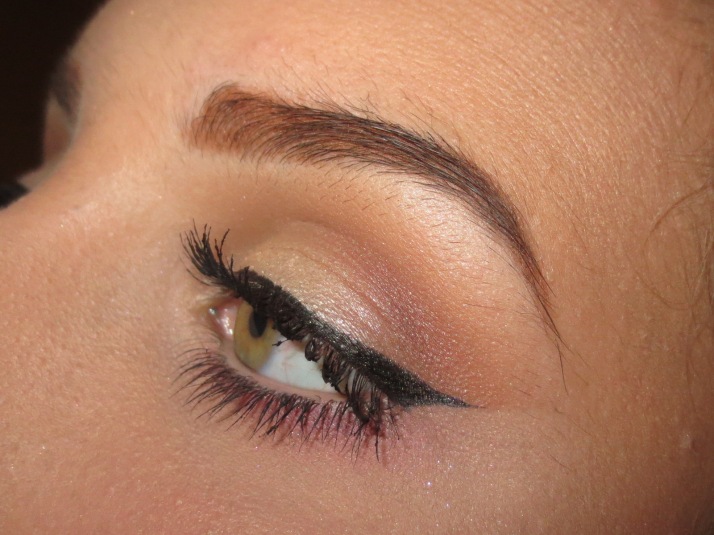 Hope you liked this look!

Today’s look is my ‘classic Summer look’ which always includes gold and teal on the eyes and bright pink lips. I also tried a washed out nude shade to show what a nude shade would look like, but you know me, and I ended up with bright pink.

So here we go: 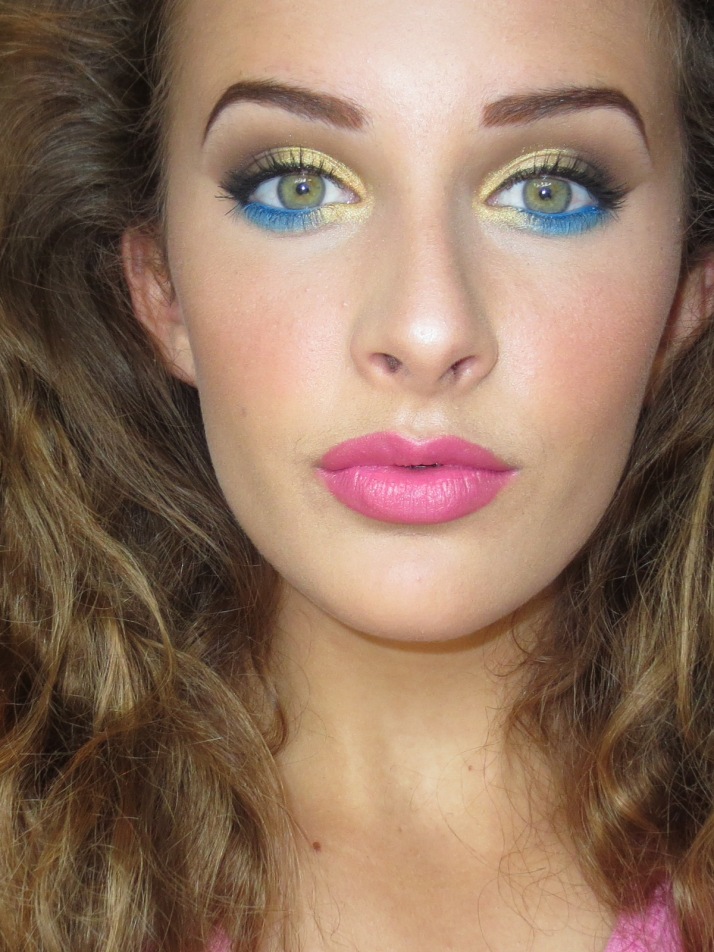 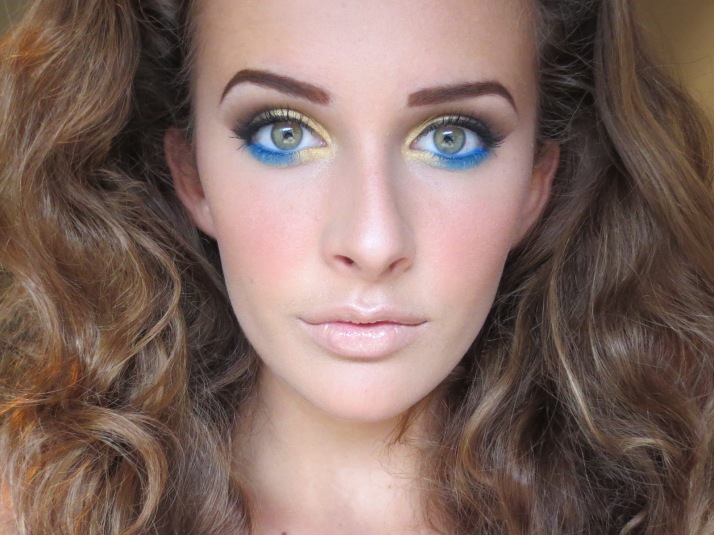 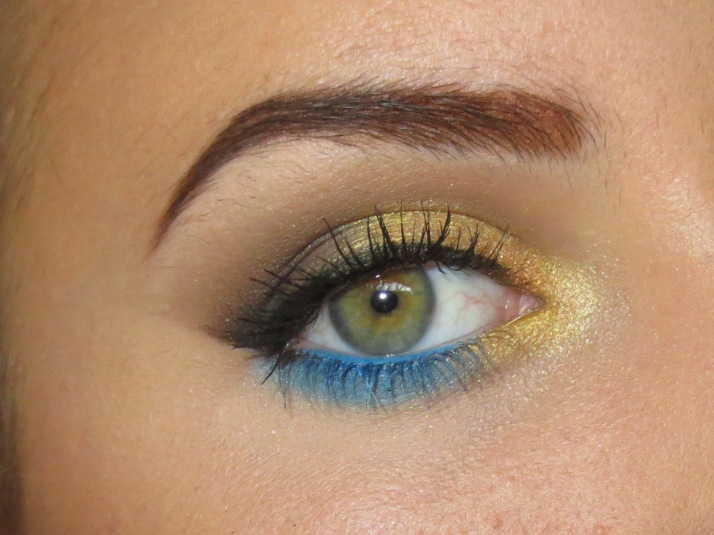 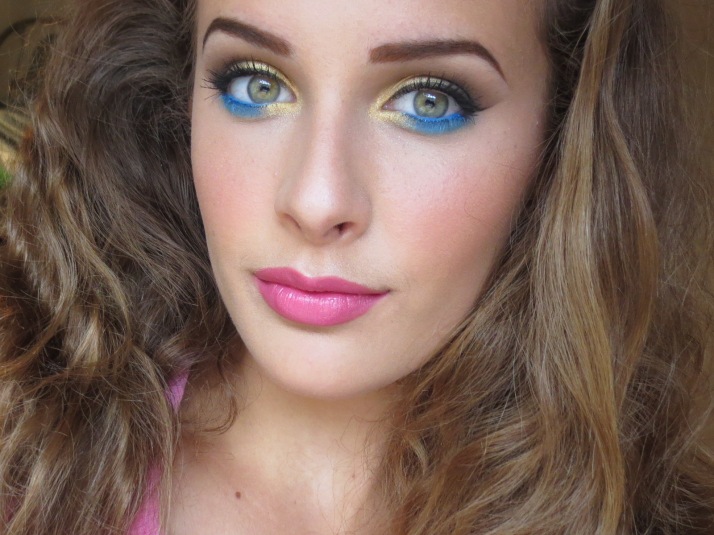 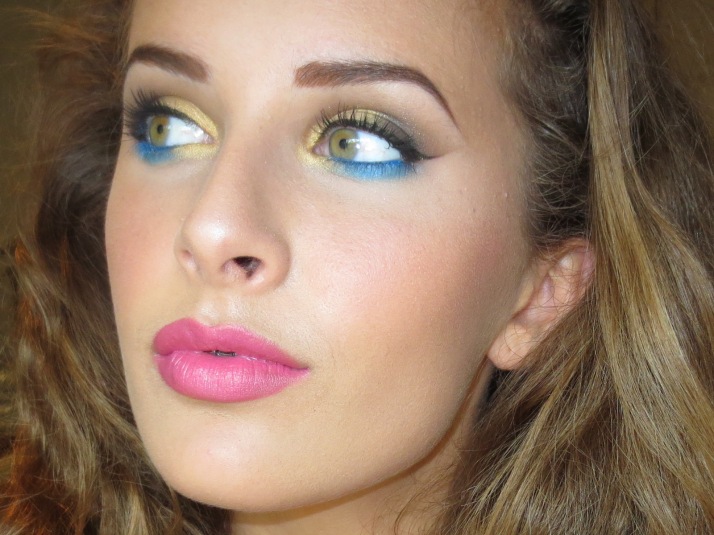 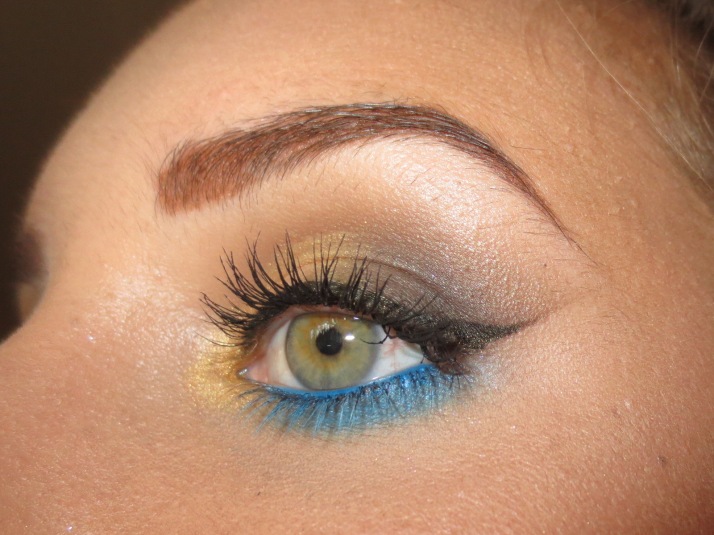 I hope you all enjoyed this look!

Today’s look is colorful for Summer, but the colors are slightly washed out, so this look can easily be work as an everyday look. And I think jazzing up your look for Summer with some color is super fun, and super trendy.

Let’s get into it: 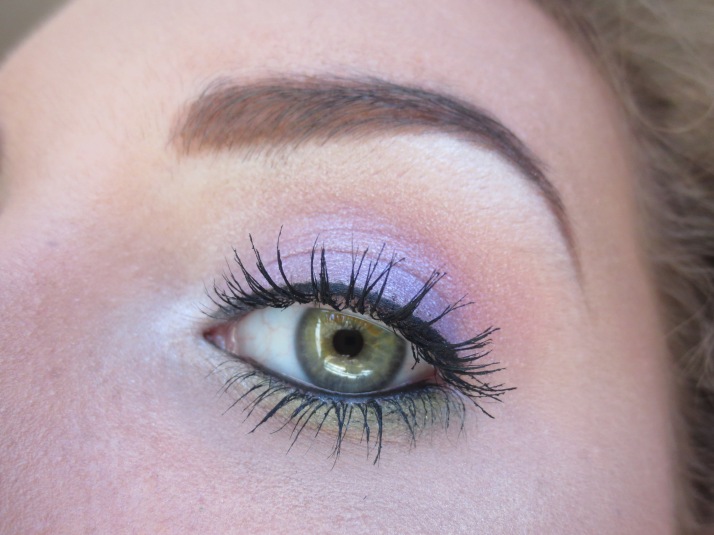 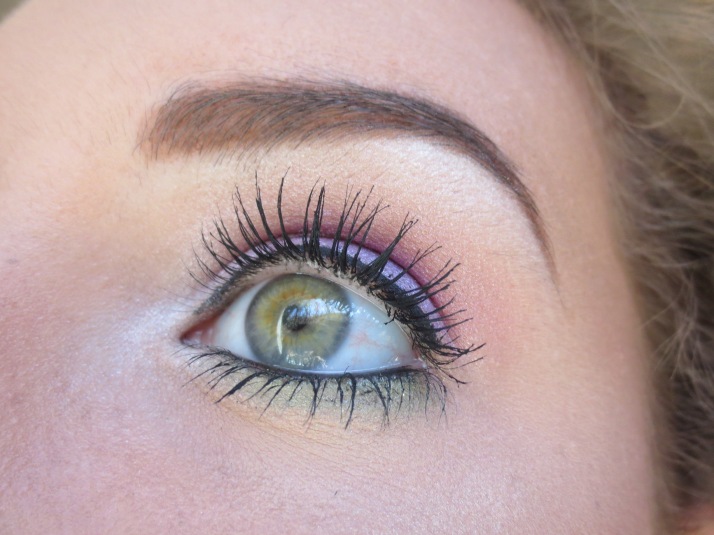 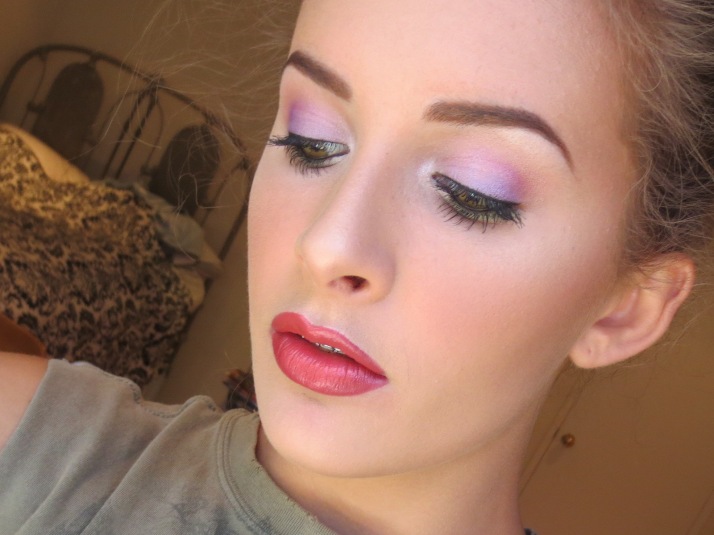 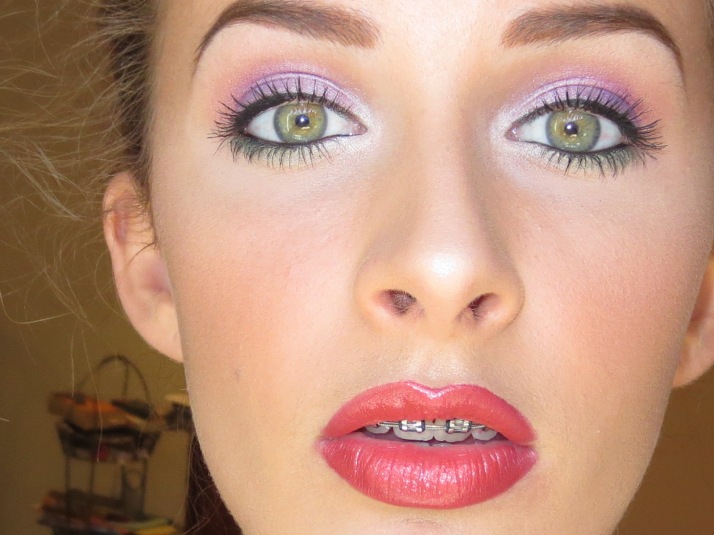 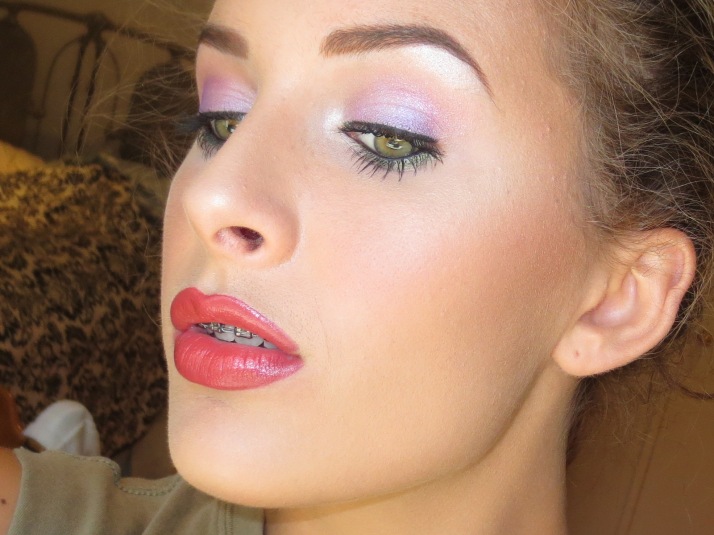 It’s GIVEAWAY time here on Confetti & Curves as something exceptionally exciting happened this weekend – the wonderful web whizz’s at WordPress confirmed 1000 of you fab folk have jumped on the Confetti & Curves bandwagon… or in other words, hit the ‘Follow’ button to keep up with my ramblings. Oh yes, Champagne corks are poppin’ *yippppeee* 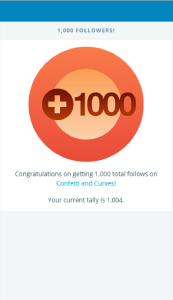 So as a HUUUUUGE thank you for all your support I thought it was high time we celebrated with an extra special little competition as one of you could win an Urban Decay NAKED Palette of your choice!

*This giveaway is open Internationally – yes, anyone can enter*

Am I hearing squeals of excitement?! *listens intensely* Okay, so let’s get down to the nitty-gritty: how the heck to enter….

1) If you haven’t done so already then get following Confetti & Curves via WordPress or you can:

So a few days ago, I went to a 1920’s themed Murder Mystery Party, and for it we had to get dolled up for our characters. And today, I will be sharing the makeup look I did for the party. I went for a 1920’s feel, but more wearable for the 21st century. 😀 It’s still very dramatic, but more of a modern take. I loved how it turned out, and I hope you do too! 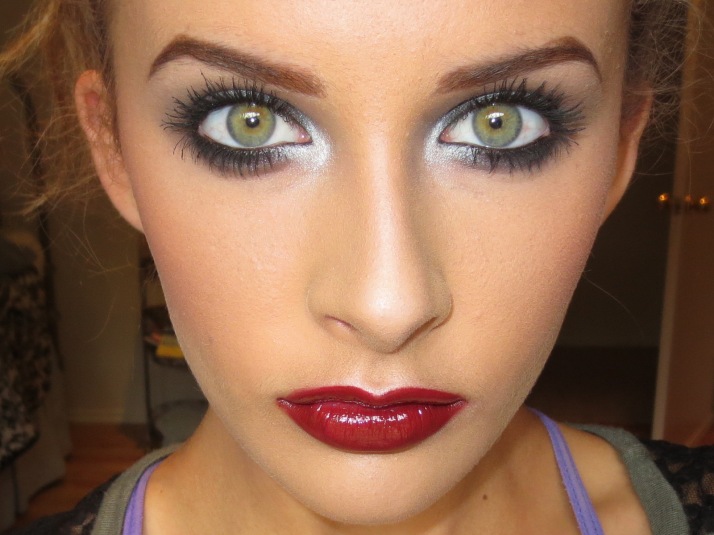 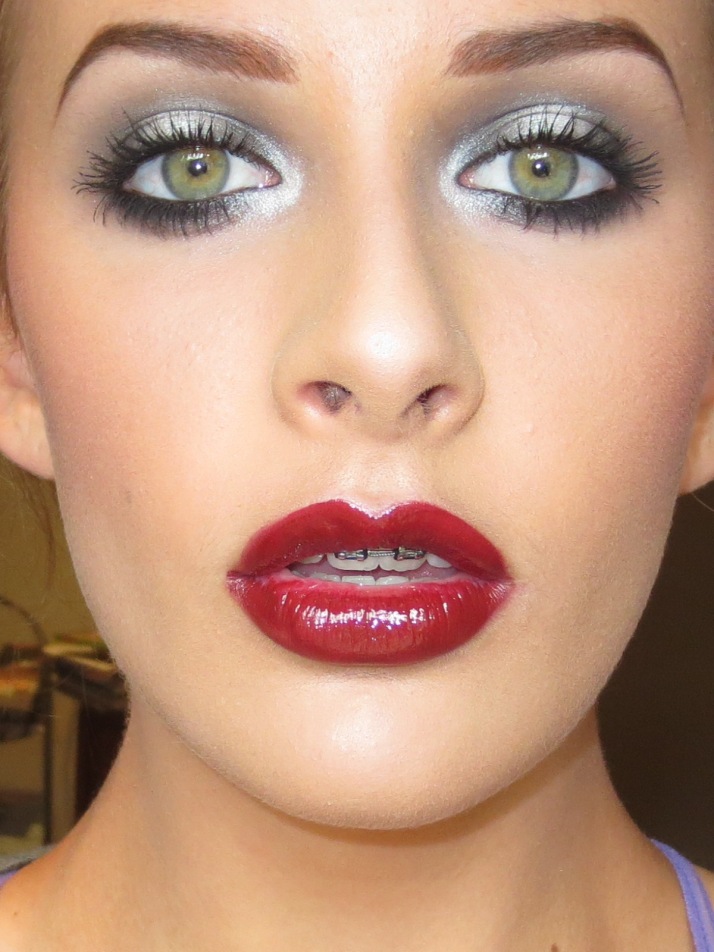 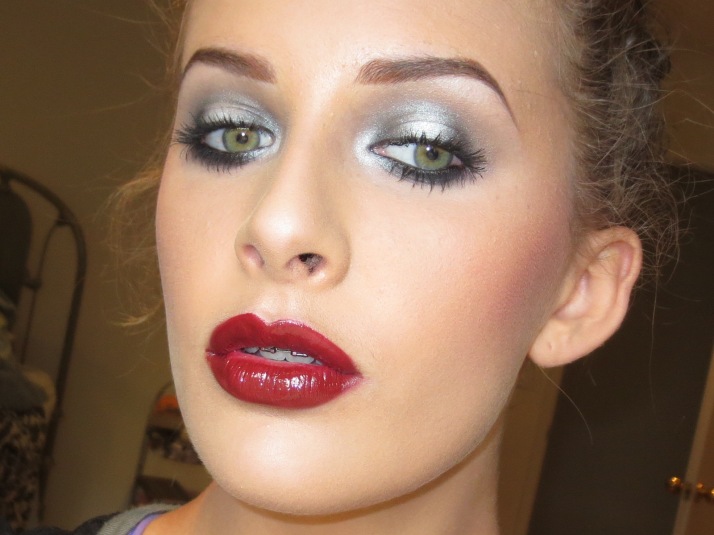 So for the face I went for flawless and matte, just like they used to in the 20’s, but the modern take was that I actually matched my natural skin tone, as apposed to the 20’s where they would go for alabaster, pale skin. They also kept their blush on the contours of the cheeks, rather than the apples. I did that effect, but not as bright and harsh as they used to.

Hope you all liked today’s look!